What makes them tick?

You may be asking yourself, what makes a serial killer? Science has come a long way in explaining that, and it has found that the brain of a serial killer is dramatically different than what is considered normal. Neuroscientist Jim Fallon has studied the brains of serial killers for over 20 years. In his research, he has found chromosomal abnormalities, as well as low orbital cortex activity. This is the area believed to be involved with ethical behavior, impulse control, and decision making. Low activity in this region means that there is less suppression of impulsive behaviors such as rage and violence. “People with low orbital cortex activity are either free-wheeling types or psychopaths.” Fallon stated. Serial killers are also more likely to have experienced some type of child abuse or trauma. Medical Daily

Is it a lack of empathy? Is nature or nurture responsible for creating them? Some of our most pressing questions as a society go unanswered as we study the minds of serial killers. Understanding them, for most, is not an option. We just cannot fathom the reasoning behind their madness. It’s almost as if their humanity is stripped away. Because of this, we fear them, they are nearly unstoppable and act upon every impulse. Their horrifying mannerisms, their altered brain structure… below are a few of the most infamous, the worst of the worst.

Edmund’s reign of terror began when he was only 15 years old. He murdered his own grandparents, stating that he ‘just wanted to see what it felt like to kill grandma.’

Released after serving just six years, Kemper terrorized California, raping and murdering at least eight women, the second-to-last of which was his own mother, who he bludgeoned with a hammer and severed her head. He confessed to all charges and remains in prison to this day (thankfully.) 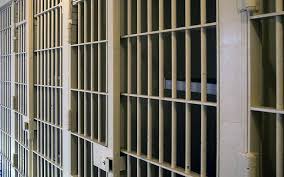 A lesser-known but equally horrifying killer, Leonarda murdered several women in Italy from 1939 to 1940. After killing them, she turned their bodies into soaps and teacakes. She believed that she had to perform human sacrifices in order to keep her son alive. She fed these teacakes to her friends and gifted the soap to market-goers. The police soon caught up with her, and she was sentenced to 33 years behind bars. 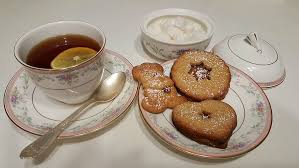 Dubbed ‘The Vampire of Sacramento,’ Richard killed six people in California during the 1970s. After they had died, he defiled their bodies, drank their blood, and ate their internal organs. Shortly after his sixth murder, he was caught, and he committed suicide in prison in 1980. As a child, he was abused often by his father. During his teen years, he took to alcohol and started to mutilate animals and start fires. Both are common traits shown in serial killers during their youth. Once an adult, Chase moved into a small apartment by himself. Chase then began to capture, kill, and disembowel various animals, which he would then devour raw. He put the entrails of the animals he had killed into a blender to make smoothies. Chase reasoned that by drinking these smoothies he was preventing his heart from shrinking; he feared that if it shrank too much it would disappear and then he would die. His pattern of animal blood and organ consumption continued until he decided that he craved human flesh. 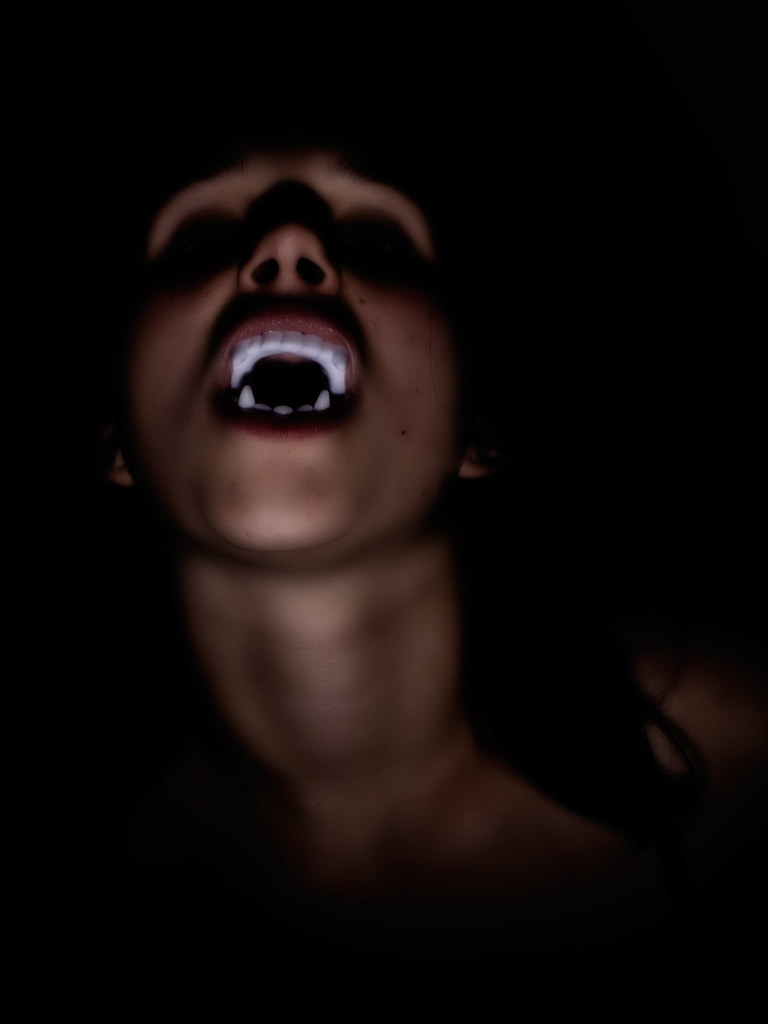 Pedro was known as ‘The Monster of the Andes,’ and was convicted of killing 110 women, but criminologists believe that he may have killed upwards of 300. Pedro’s reign of terror crossed borders, as he traveled between Peru, Columbia, and Ecuador throughout the 1970s. He would pick up women along his route, murdering them. Lopez claims that at his ‘peak’ he was killing up to three people a week. Unbelievably, in 1988 Lopez was released from his maximum-security psychiatric unit for ‘good behavior,’ and his whereabouts are currently unknown. 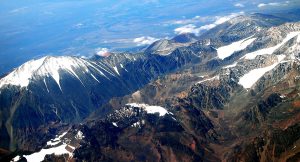 A famous name, Gacy is known as ‘The Killer Clown’ and is the inspiration for all the scary clown movies we see today. He performed at children’s birthday parties as a clown named Pogo. Gacy is believed to have lured up to 33 teenage boys into his home during the 1970s. His wife in the home, clueless to his actions, he sexually assaulted them, strangled them to death, and buried their bodies in the crawl space underneath his Illinois home. He was finally caught and executed in 1994.

The inspiration for the short story ‘The Most Dangerous Game’ comes from Robert Hansen. In the remote Alaskan wilderness, he would kidnap at least 17 women and release them into the wilderness to hunt them. He murdered every single one, chasing them throughout the woods of Alaska like a prized elk. After he was apprehended, he spent his remaining years in an Alaskan prison where he died in 2014. 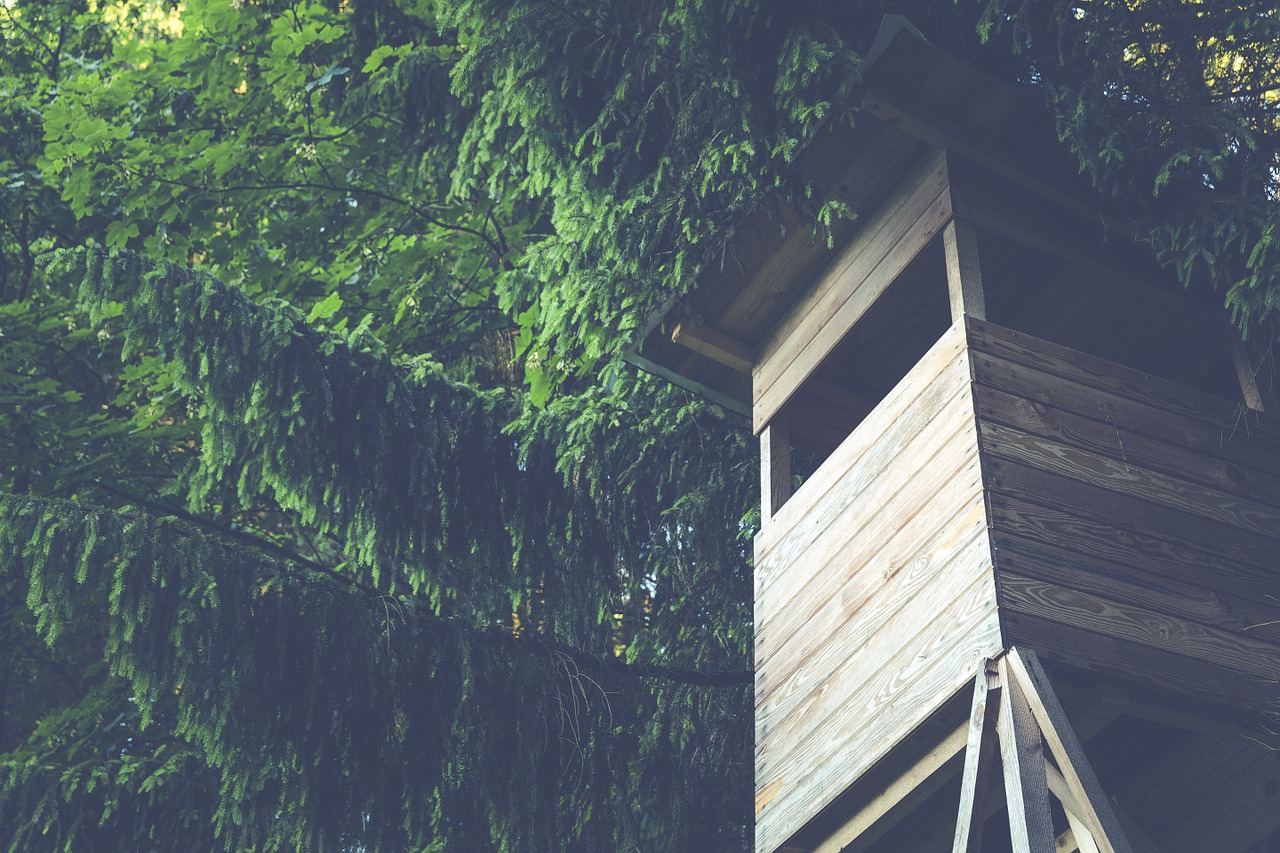 Dubbed Russia’s ‘Red Ripper,’ Chikatilo murdered 56 women and children between 1978 and 1990. He often gouged his victim’s eyes out for superstitious reasons, believing that his image would be left on the eyes of the dead, leading to his capture. He was executed in 1994 after being found out by local law enforcement. 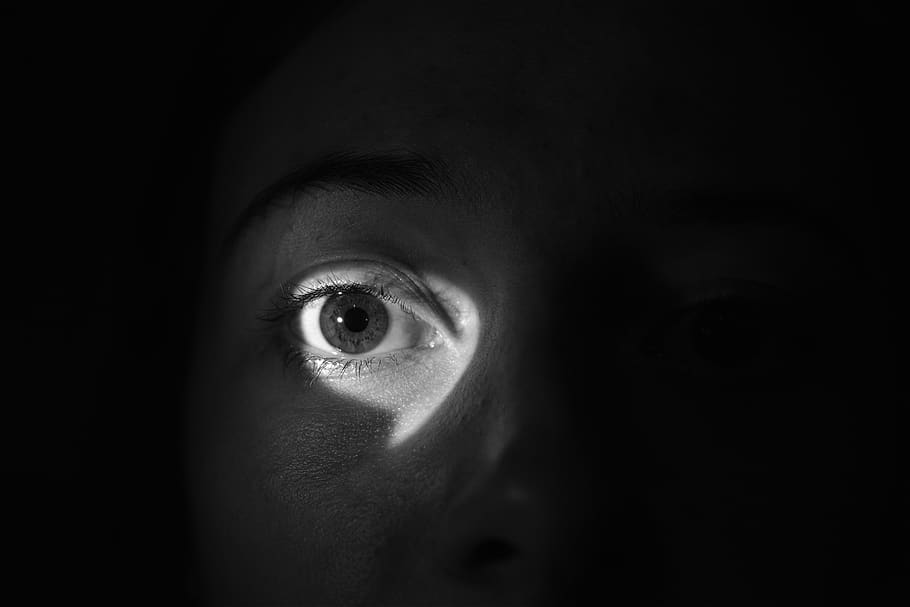 No list of notorious serial killers would be completed without Ted Bundy. One of the most infamous in modern history, Bundy has been linked to more than 30 murders and rapes that occurred during the 1960s and 70s. He enjoyed decapitating his victims and indulged in necrophilia. He lured young women in, playing their empathy, pretending to be sick or injured, and asking for help. He eluded law enforcement for years, even escaping a Colorado prison and going on to continue killing. Finally, in 1978 he was sentenced to death, his reign of terror over.

The ‘Candyman’ killer, Corll terrorized Houston, Texas in the 1970s. He and his two teenage accomplices raped and murdered 28 teenage boys. Corll would lure his victims to his van with candy, alcohol, and the promise of amazing parties. He then forced them to write postcards and letters to their parents, saying that they run away and to not send help. After this was done, he would torture and kill them. The nightmare ended when one of his accomplices, unwilling to continue killing, stole his gun and shot him in the head.

The ‘Milwaukee Cannibal,’ Dahmer was so deranged, even other murderers were admittedly disgusted by his actions. He murdered 17 people between 1978 and 1991, most of them gay African American men. He would dismember his victims, eating their remains. He even admitted to attempting to “zombify” his victims by drilling holes into their heads and filling them with hydrochloric acid. In prison in 1994, he was killed by a fellow inmate.

Alexander loved the game of chess, and when his obsession turned deadly he was named ‘The Chessboard Killer.’ By the time of his arrest in 2006, he had already killed at least 48 people in Russia. He admitted he planned on killing more, his goal was 64, one for each space on a chessboard. 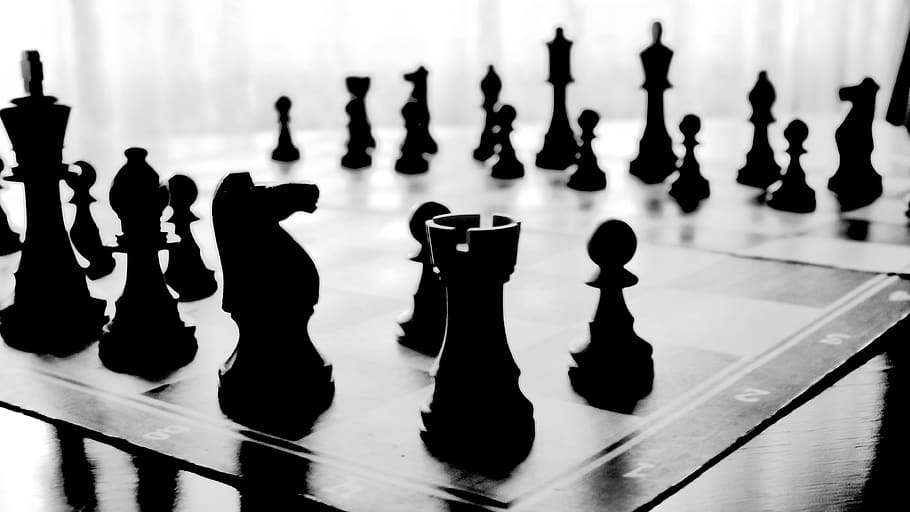 Dr. Death, as he was known, was convicted of killing 15 people, but some estimates put that number at more than 250. He worked as a general physician in England from 1975-1998 and was known to falsify his victim’s medical records. He would record that they were in poor health, and administer lethal doses of diamorphine to ‘put them out of their misery.’ After his conviction in 2000, he hung himself in his prison cell, unable to face the atrocities he had committed. 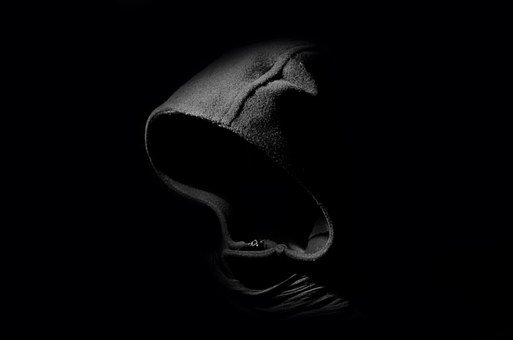 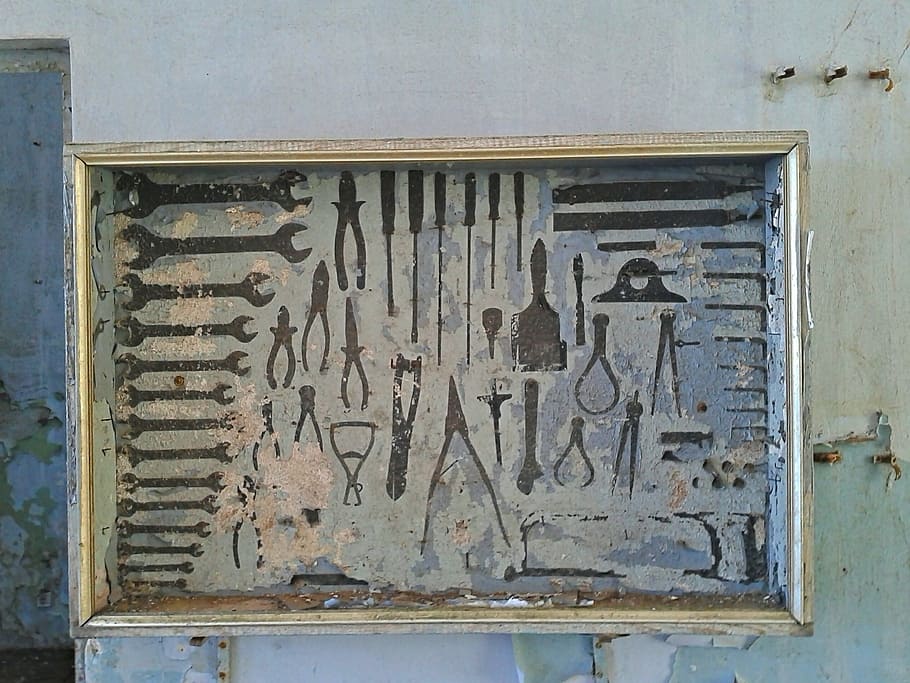 Known as the ‘Toolbox Killers’ Bittaker and Norris’ murder spree lasted a total of 6 months. During this time, they kidnapped, raped, and murdered five teenage girls. They got their name from the way they used handtools to torture their victims. Bittaker and Norris met in the California State Prison, where their friendship and fantasy grew. After they were both released on previous charges, the duo transformed Bittaker’s 1977 GMC van and nicknamed it ‘Murder Mack.’ It was then that they began their spree of torture and murder. Over the months, they had tortured and killed victims ages ranging from 13-18. Each time, the bodies would be found mutilated. Ice picks, pliers, and sledgehammers were admittedly used on each victim. Their last, Lynette Ledford, was the most horrific. She was murdered on Halloween night 1979. 16-year old Lynette was stabbed numerous times, her body ripped at with pliers. During her torture, her screams and pleas were tape-recorded by Bittaker as he repeatedly beat her joints with a sledgehammer, all the time demanding that she stops screaming. He eventually strangled her with a coat hanger. They then left her body on the lawn of a suburban home, just to see the reaction of the media. The duo was finally captured after Norris bragged to an old prison friend about their crime spree. The friend tipped off police, and both men were apprehended. During their trial, over 500 pictures of young girls were found, but the men only told police what happened to 19 of them. Bittaker was sentenced to death with an extra 199-year sentence, and Norris was given 45 years for his cooperation in the investigation. Norris was denied parole in 2009 and is still serving time.

Truly some of the most barbaric beings on our planet, the way that these victims passed is horrifying. Paranormal researchers believe that when a person’s life ends tragically or suddenly, their soul becomes trapped, unknowing of its death. One can only hope that these victims were able to move on, escaping the horrors they endured here on earth. For another murderous read, check out our article about The Black Dahlia, LA’s most famous unsolved murder case!