Top 10 Most Haunted Places in Oregon 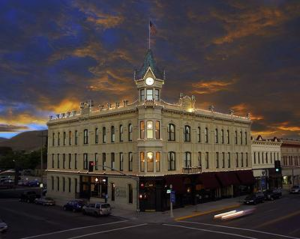 The state of Oregon is a beautiful place that’s tucked away in the Pacific Northwest. It’s mountainous, packed with lush, green forests, and is mostly paradise for those who love the outdoors. But it’s also a place where many ghost stories and paranormal encounters have been told time and time again. What are the most haunted places in Oregon? We’ll be taking a look at ten of those places and tell the stories of why they are haunted. We can say for sure that these stories will make your hair stand on end (and probably want to visit these places yourself). Without further ado, let’s jump in: 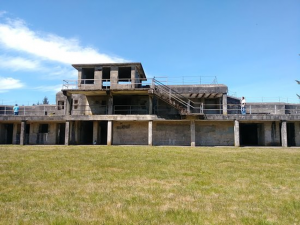 First, we start off with a little war history. Battery Russel was a military installation built in Fort Stevens during the Civil War era. During that time period, it didn’t have much use. However, it did see some action during World War II (believe it or not). It was then when the Japanese were positioned off the coast of Oregon and managed to fire at the Battery Russell and successfully sustaining damage. While there are conflicting stories of any casualties, some have reported seeing the ghost of a soldier milling around on the grounds. The dispute of whether it was a World War II-era soldier or someone from an earlier time period still rages one until someone else comes across it again (that person could be you). 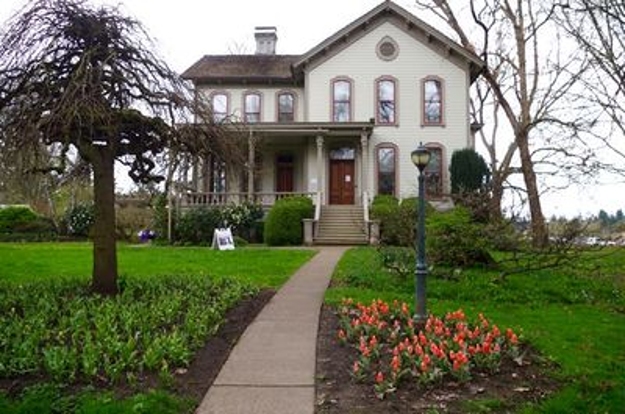 This family estate is in no relation to the presidents. But it’s a house that was built for a prominent newspaper publisher named Asahel Bush. This Bush, however, was ahead of his time using his newspaper to tussle with politicians on either side of the aisle. As a result, he earned the nickname “Bushy Bush”. But the ghost of old Bushy himself along with the ghost of one of his daughters is said to be living here in the house. Some who have visited the house reported some paranormal activity including the air conditioning acting strange. Some have believed that the spirits are also messing with the heating system as well. If you are looking for a place where “cold spots” may be plenty, then the Bush House could be the place to check out. 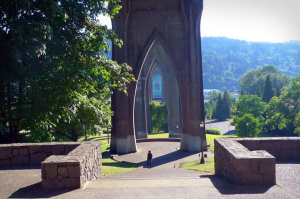 Located in Portland, this park was the site of a murder of a teenage girl named Thelma Taylor in 1949. Since her murder, the tales of her spirit being seen or even heard at the park have long been told. Some have claimed hearing screams coming from the park itself. However, the stories of paranormal activity seem to be proven untrue over the years. All the more reason to check the place out and see if you encounter the spirit of Thelma herself. But take the ghost stories with a grain of salt. Some people like to embellish. 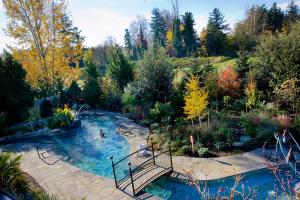 If you live in Oregon, you’ve heard of McMenamins. For those who are not familiar with the name (and live outside of Oregon), McMenamins is a statewide chain with hotel and bar franchises scattered all over the state. If you are of drinking age and reading this, you might want to check one out if you’re near it. But you might want to do that after going on a few ghost hunts (also, please ghost hunt and drink responsibly). Before this was a bar and resort, this was a poor house for the residents of Multnomah County.

After the Second World War, the building became a rehabilitation center. If you ever go to this McMenamins, you may encounter a woman in white or hear a woman sing nursery rhymes. If you see or hear any of this, don’t ask yourself “what did they put in this drink”. That’s because others have encountered these paranormal entities in the past. Also, if you are looking for a place to stay in Oregon, you’d be crazy to pass up the opportunity to book a room here (assuming you like the paranormal stuff). 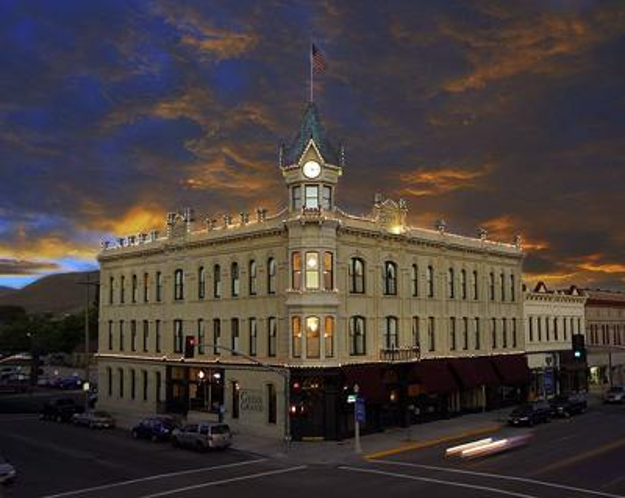 You think that is the only haunted hotel in Oregon. There are quite a few. But can anyone throw a party better than the supposed ghosts of the Geiser Grand Hotel? Legend has it that the third floor of this hotel is teeming with spirits. Visitors have reported seeing lights flicker on and off almost constantly. And some say that the sounds of laughing and reveling could be heard on the same floor. Some of the hotel’s staff even outright refused to go up to the third floor even at night. One of the owners of the hotel brought these ghostly happenings to light almost thirty years ago. Since then, you can probably guess that some people are visiting the third floor for a peek of this paranormal activity. 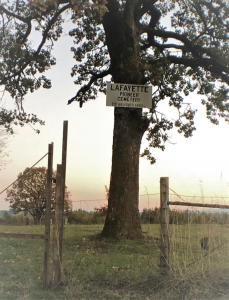 You think that witch hunts were a thing of the past during the Pioneer era, right? Certainly not, it seems. The cemetery was said to be the place where a woman was hanged after facing accusations of being a witch. However, the story is a bit mixed up. So let’s try and straighten this out. First off, an execution indeed did happen at the cemetery.

A murderer named Richard Marple was convicted of multiple murders using an ax and was sentenced to death. His mother, Anna, was accused of witchcraft at one point in time. One of her predictions that the town would burn to the ground not once, not twice, but three times.

Anna passed away nearly 30 years after her son’s execution. Both ghosts seem to be haunting the graveyard today and even the locals are warning those to steer clear of the place. The reason? Some have claimed being attacked when visiting the cemetery by an unknown assailant. Visit the place if it’s possible. But you’d be hard-pressed to not bring a friend with you. 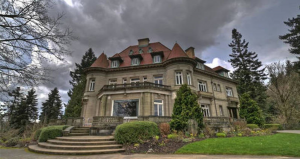 This behemoth of an estate was the home of Henry Pittock and his wife Georgiana. Henry built his fortune as a newspaper publisher and made his presence known in the wood and paper industries. Built in 1909, the Pittocks would live there until their deaths a decade later. It remained in the Pittock family until the early 1960s when it was purchased and converted into a museum. While the spirits of the Pittocks are not at malevolent to those in the Lafayette Cemetery, they are known to play a few tricks on those who visit the mansion. These include closing open windows and locking them. Also, the sound of furniture being moved around may also be heard as well. 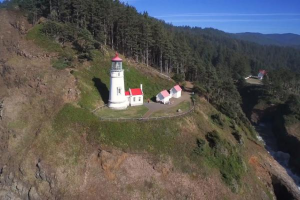 If you’re in a coastal state, there’s always going to be lighthouses. And as long as there are lighthouses, there’s one that’s bound to be haunted. Such is the case with the Heceta Head Lighthouse. It is said that the ghost who goes by the name of “Rue” is not fond of anyone making any alterations to the place she called home. She’s known for mysteriously setting off fire alarms and moving around various objects. But the spirit famously known as the “Gray Lady” may be frightening to the staff of the lighthouse (to the point where some of them have refused to visit some parts of the house due to their encounters with her). But she is mostly harmless to those who visit the place that is now a converted bed-and-breakfast. Come for the peace and quiet, stay for the ghostly welcome. 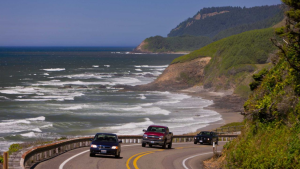 OK, we’ve all heard the stories of long stretches of road being creepy and haunting. Add being on a cliffside and you get Highway 101 just outside of Cannon Beach. It is said that for the past 50 years, various motorists have told stories about seeing a man covered in bandages. Some have seen him on the side of the road, while others see him in their rear view mirror. Of course with all spirits, he seems to vanish into thin air after you look back to see if he’s in any danger. Some dismiss it as folklore. But if you are driving on this stretch of roadway, do drive safely and be alert. And for the love of everything, don’t be jumpy and cause an accident. That road looks dangerous enough as it is. 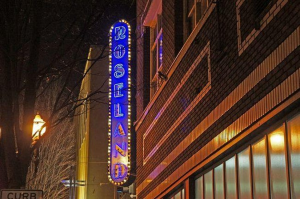 Wrapping up this list is a tale of murder with a generous side of criminal activity. Before the Roseland Theater, this building was a nightclub named “Starry Nights”. The club was owned by Larry Hurwitz. Hurwitz was believed to be running a counterfeit operation from inside the club. It was apparently exposed by one of his employees, a 21-year-old named Tim Moreau. Shortly after that, Moreau disappeared. It didn’t take long until the pieces of the puzzle were put together, ending in the fact that Moreau was murdered. Hurwitz and an accomplice were convicted of the murder and sentenced to prison. While Moreau’s body may have been found underneath the Willamette River, his spirit is angry and haunting the building. Locals have said that the theater might be one of the most haunted places in Portland (and in our opinion, the state of Oregon).