Portland Ghosts presents some of the finest ghost stories in the lower 48, whether you take our standard tour of around one hour, with 8 locations busting with history and ghostly hauntings or if you plunge into the extended Portland Ghosts tour, which adds another 0.8 miles and four stops to the tour and delivers maximum ghost!

All tours stick to the downtown area and start and end at the impressive Lan Su Chinese Garden, two blocks from the river, by the North Steel Bridge. From here, you will be given a glimpse into every era of Portland’s history.

You will also see the area of the city where drunken revelers would wake up after a heavy night on a ship, forced into a life at sea they neither wanted nor could escape from. The practice of ‘Shanghaiing’ was perfected in Portland, and hundreds were lost to the seas over the years.

Portland Ghosts has designed your tour experience to be as surprising and unforgettable as possible, so we won’t reveal the routes entirely and spoil them. However, if you’re trying to get a better idea of the haunted sites the Portland Ghosts tour includes, a preview is below.

Some of the research into the ghostly hauntings turned up locations further afield than were useful for this tour.  Oregon and the wider Portland area have some amazing stories, not on the Portland Ghosts tour, but that are included on our blog of haunted Portland locations.

WHAT'S ON MY GHOST TOUR 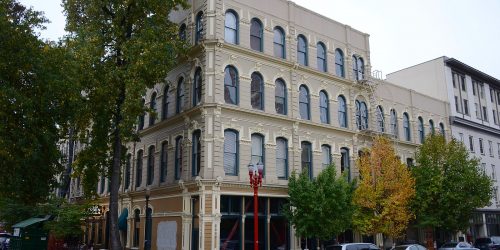 Currently, the site of a popular pizza restaurant, this building was originally the Merchant Hotel where a beautiful woman was brutally murdered in the late 1800s. Hear the story connecting her to the Shanghai Tunnels that run below your feet. This location remains her eternal home as sightings of her ghost continue to this day. 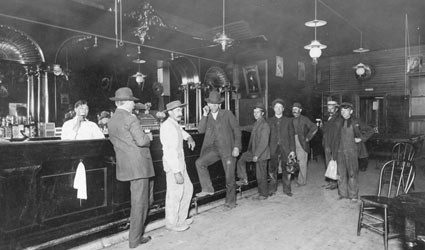 In Portland, operating a business inside an old building still connected to the infamous Shanghai Tunnels is a surefire recipe for eerie visitations and paranormal activity. This location is no exception. Hear the story of the tragic event that preceded the arrival of one of the pub’s most famous ghosts and hear what employees and patrons have witnessed in the darkened, underground cigar room. 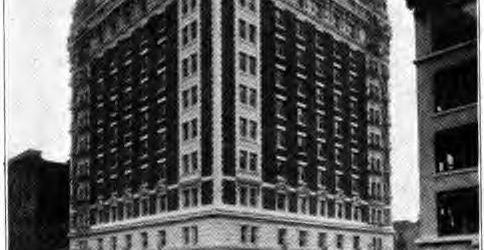 This treasured Portland landmark has more than its fair share of ghosts. From the former owner of the building to a small boy who likes to play mischievous tricks on hotel guests, there are plenty to choose from. Your guide will reveal frightening tales of sightings that will either make you book a reservation soon or walk away quickly, looking back over your shoulder.